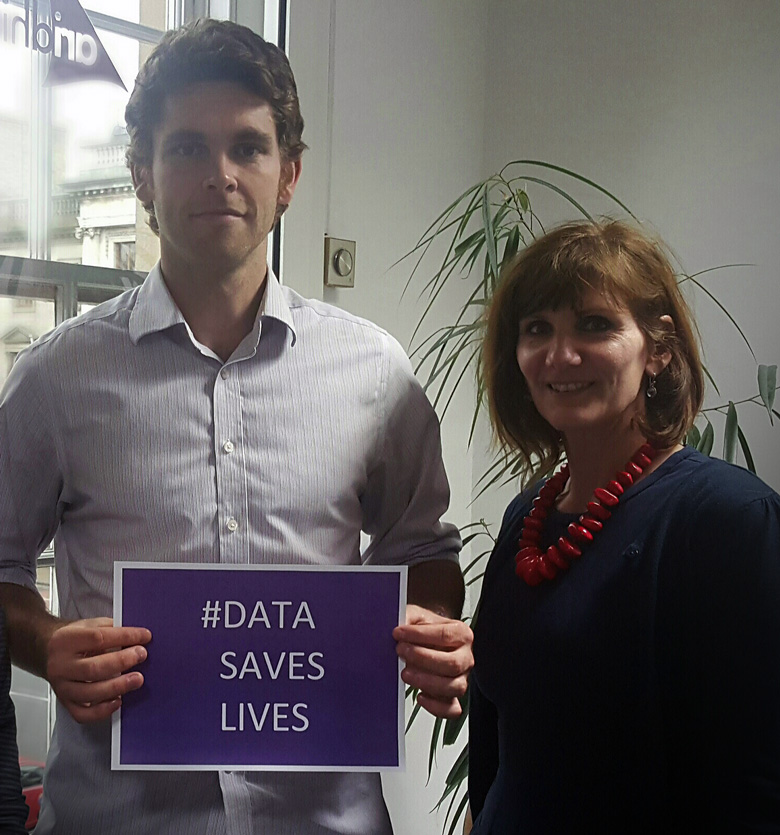 This was my fourth time at the Farr Conference (previously the SHIP conference). I look forward to it as it’s always packed with a huge selection of speakers talking about their work in health informatics.   This year was its biggest yet – over 500 delegates in attendance, a truly international conference, with delegates from USA, Canada, Europe and Australia.

The conference kicked off with excellent welcome addresses from Professor Andrew Morris and Professor Iain Buchan, then keynote speakers, Dr Charles Friedman ‘Learning Health Systems’ and Anne McKenzie ‘(Consumer) Involvement from Start to Finish’. There were so many delegates that the lecture theatre wasn’t large enough for everyone so there was an overspill area in a different hall with a video link.

The rest of the afternoon consisted of 2 parallel sessions, and I opted for the data science session first, followed by the statistics and analytics session. Several of the talks within the data science theme mentioned how much time had been spent on mapping from one ontology to another, e.g. BNF to ATC, which was done manually. This is something we are looking to offer as part of an ontology service which will be launched later this year, so it was good to hear people reinforce that we are working on something which will be of immense use.

Day 2 was a jam-packed day with 3 parallel sessions throughout the day, the poster presentation over lunch (which included our own CHART-ADAPT project poster) and a keynote speaker to end the day.

There were lots of really interesting posters on display during the poster session; I was particularly interested in the Sleepsight project (a partnership between King’s College London, King’s Health Partners, Northwestern University and Fitbit) which used a Fitbit to track sleep in schizophrenia patients with the goal of understanding the involvement of sleep in patient relapse events. This involves the analysis of real-time data collected via a wearable device and smartphone. You can see their poster here – I expect to see more posters/presentations using data generated from such devices at the next event.

I bumped into Peter Donnan from the University of Dundee, a former colleague who developed the PEONY predictive models which Aridhia has used within some of its risk stratification applications, a few of the attendees from the EMC Data Science course which Aridhia supported last year, and several people who had been to the WELC Data Challenge Day, one of the largest NHS data exploration events to date, and which used AnalytiXagility as its analytics platform. The networking opportunities at the conference were clearly excellent!

In the evening, the keynote speaker was Dr John Mattison, Assistant Medical Director and Chief Medical Information Officer at Kaiser Permanente. He was discussing why international collaboration is so critical for understanding the human genome – a subject that is very close to Aridhia’s heart. During his talk he encouraged us all to get our genome sequenced, giving me something to ponder on the drive home.

On day 3 I opted for the E-infrastructure session in the morning, and at lunchtime met up with John Mattison with Dan, who will be working on the Global Alliance for Genomics Health federated analysis project which John’s colleagues will be involved in. We had a very productive chat and time to grab a quick lunch before the final parallel session on Data Science, where the talks were focused around text mining and natural language processing.

I really enjoyed this years’ conference. It gave me the opportunity to find out what others are working on in the health informatics space and what their challenges are, and it’s always exciting to be able to discuss and demonstrate how Aridhia can help to solve some of the problems that clinical researchers are facing in terms of data integration, ontologies, analysis and modelling.

The Farr conference was a great opportunity to learn about the latest developments in healthcare informatics and the many data challenges being faced, whilst also enjoying a pleasant couple of days in St Andrews. This year Aridhia had three attendees, allowing us to attend many of the talks across the parallel sessions. I was also in attendance to cover our CHART-ADAPT project poster session, where I presented the work we’ve been doing with the University of Glasgow to development real-time monitoring of neuro ICU patients. This was an excellent opportunity for us to showcase the role AnalytiXagility can play as part of a data processing pipeline to store sensor data whilst integrating with open source big data technologies.

I also got to listen to some great talks from some of the industries thought leaders on the first day, including John Mattison from Kaiser Permanente, who raised numerous questions around the future of genomic healthcare including the role federated analysis can play as the data volumes scale. Throughout the days first sessions, particularly the session entitled ‘Data Safe Havens’, I was reassured that many of the problems being raised, including secure access to data and data sharing, are the exact issues Aridhia’s entire product suite and service offerings are addressing. Aridhia’s work on clinical dataset sharing and ontologies immediately came to mind when listening to the difficulties on secure sharing, validating and storing COSD cancer datasets from multiple clinical units.

On the final day there were further talks that looked at mining cancer patient records and rheumatoid arthritis clinical records. These talks were part of the data science session and were particularly interesting given the research Aridhia has done in mining histopathology reports previously. We have looked at a tool developed by the University of Sheffield called GATE for text mining and developing rules to classify documents; it was encouraging to see how others have also fought through some familiar difficulties around of extracting key information from free text. I also enjoyed the talk on visualising prescribing data on the final day using Shiny by RStudio dashboards, something we have done plenty of using AnalytiXagility mini-apps. It was useful to see how other researchers are aggregating this type of data and the questions they are exploring.