The two-day event was organised by Digital Catapult North East & Tees Valley and Nissan, and aimed to give local software companies the opportunity to explore collaborative business opportunities with Nissan, work with them to solve potential issues and develop potentially commissionable solutions.

The challenge was for companies or individuals to explore whether social media could be used to get an early warning on quality defects which customers are discussing on an open platform, which in turn would help Nissan pro-actively and effectively engage with their customers in an open and transparent way.

Nissan uploaded three datasets to AnalytiXagility in advance, comprising quality assurance data along with production figures for 2014 and 2015, while we uploaded a month’s worth of Twitter data for a selection of Nissan hashtags (collected via an API), giving a total of four datasets (which we ran data profile reports on prior to the event to ensure that the data was of a sufficient quality for analysis) available within AnalytiXagility on the day.

The first day of the event gave the participants from 15 local companies access to the data, the time to formulate their ideas and solutions, and do the required analysis. Day two saw the attendees pitch their idea to Nissan – no pressure!

While my colleagues are veterans of the hackathon scene, and events such as the WELC Data Challenge Day and the UCLH Data Dive are often spoken about in Aridhia HQ, I was keen to attend the Nissan Social Media Data Challenge to see what it was all about for myself – and I am very glad that I did! When people talked about hackathons, I had an image in my head of a room full of hackers working individually, in silence, and all that you would be able to hear would be the furious typing of millions of rows of code. It turns out that this event was nothing of the sort!

On entering the Sunderland Software City, I was taken aback by the range of attendees, and in particular, the high number of female participants – which was great to see! Everyone was chatting away, eating breakfast, and discussing some fascinating topics, before we sat down to listen to a presentation given by the Nissan team. Rather than jumping straight into the challenge, the Nissan team focused their presentation on the reasons why we were hosting such an event and it quickly became apparent that they were utterly dedicated to delivering customer satisfaction and that their focus on quality runs from initial manufacturing, right through the lifetime of the vehicle. In line with this, they were investigating ways that they might be able to improve their service even further, by utilising data-driven analytics to analyse social media data. Although Nissan already use social media, they felt like they might be missing an opportunity to leverage social media data to get early warning on quality defects that customers might be discussing online. 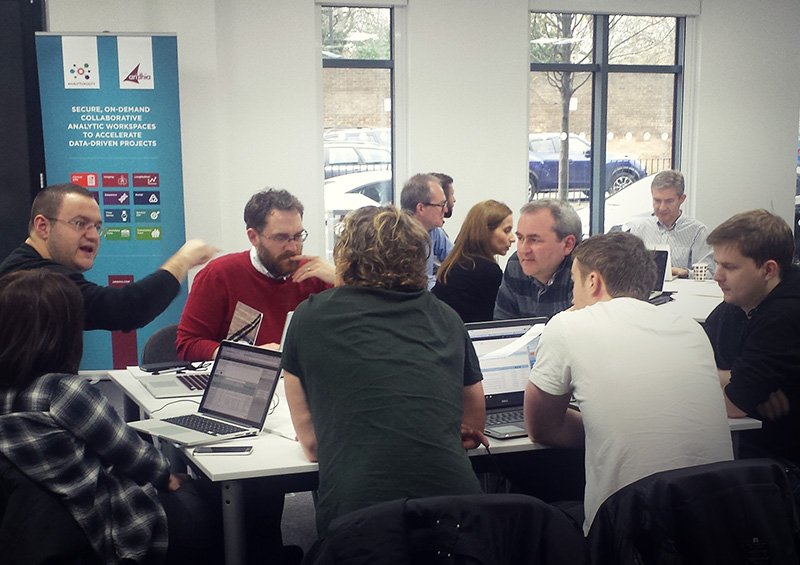 From my perspective, this event was also a great opportunity to get some feedback on the AnalytiXagility platform. It was nice to have representatives from SMEs talk about the platform in an open discussion and as they all came from a range of backgrounds, it was interesting to hear about how the features of AnalytiXagility such as its heightened IG and collaborative facilitation could be applied in their markets too.

I was also keen to find out how quickly the attendees would pick up the platform as this was a two-day event, but everyone seemed to get the hang of it almost straight away which was great.

The day started off with an introduction from Nissan to the company, their goals and what they were hoping to achieve from the hackathon. They were hoping they could utilise social media data to capture any issues/defects with their cars which customers were discussing online, with the ultimate aim of increasing overall opinion of the brand by driving trust through product quality.

Before the event we had been collecting Twitter data using the API matching a number of hashtags requested by Nissan. The participants had this to play with, along with some closed quality assurance data supplied by Nissan. After a boost of energy from the breakfast bacon rolls, everyone got started investigating the data, and coming up with tactics to tackle the problem.

Unlike the two previous data dive events I’d been at, we weren’t part of the teams competing, so there was a lot less pressure on us! Throughout the rest of the day we circulated round the different teams answering any questions on AnalytiXagility, R, SQL and, most importantly, what we thought would make a winning presentation to Nissan. AnalytiXagility proved itself to be a great environment for the teams to collaborate within (as we knew it would!), and the fact that there were only a few questions regarding how to do things in the platform was a testament to how intuitive it is to use. 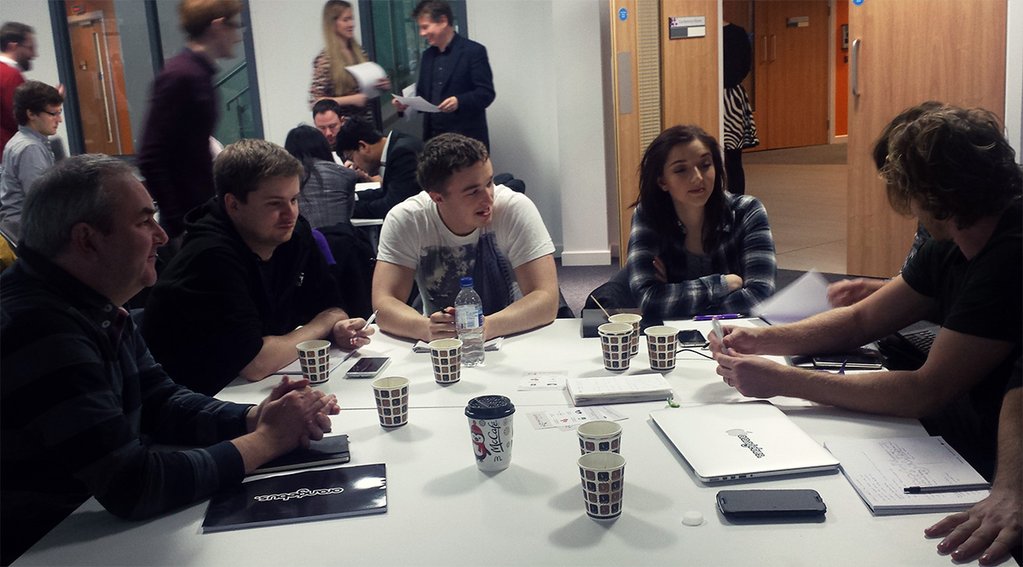 After a couple of mini tutorials in R and SQL, it was already coming up to the end of the day. The teams started to disperse as they went to work on their presentations for the following day, and we were left wishing we could be there to hear them pitch and see the different approaches taken to analysing the data – we had a great day, and I’m looking forward to hearing what the winning idea was!