Aridhia announced today the appointment of Chris Roche to a newly created post on its executive team of Chief Commercial Officer.

Roche joins Aridhia from global IT company – EMC – where he worked for 14 years, playing a key role in business transformation, as it grew from 5,000 to 60,000 people world-wide. 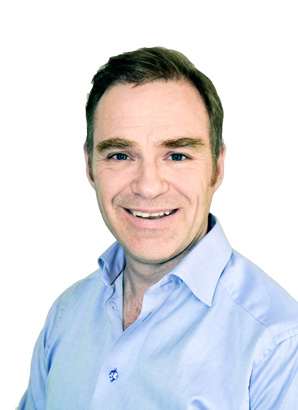 Roche combines a background in computing, specialising in artificial intelligence, with a strong commercial drive and focus. He will now apply his experience of bringing disruptive technology into new sectors, taking Aridhia and its AnalytiXagility platform to market.

Roche comments: “I have worked with disruptive technologies for over a decade and the AnlaytiXagility platform has fantastic potential to transform healthcare, research, education and stratified medicine. The core services offered by AnalyiXagility are applicable to all multidisciplinary teams that want to embrace collaborative data science across all industries. But the additional services that Aridhia has and continues to develop, is what attracted me commercially to the role.

“Working for Aridhia is a fantastically exciting opportunity for me. We have the chance to do something truly important in the management of chronic disease and collaborative research. Everyone at Aridhia shares that hope and it was a critical factor in my decision to move.”

The appointment of Roche broadens an already multidisciplinary team and is a key milestone in Aridhia’s growth agenda as David Sibbald, CEO of Aridhia explains: “We are very pleased that Chris is joining us. We have worked closely with him over the past two years, giving him a unique insight into our business and understanding of the challenges we face. His commercial and business acumen – in the context of what we do – will allow us to enter new markets rapidly as we launch new products.”

During 14 years at EMC, Roche held a number of positions at Senior Director level and most recently served as EMEA CTO. His other roles included Director of Greenplum UK, EMC’s Big Data Business, Senior Director of Technology Services, Country Manager for EMC in Ireland, and he also built EMC’s Infrastructure Consulting and Data Centre Transformation business across EMEA.

Before joining EMC, Chris worked for Accenture, and also spent three years at ICL working in the CEO’s office, integrating ICL’s six businesses into one. He started his career at IBM.